Australian dividends forecast to be cut the most in the world

It should come as no secret that Australian companies are paying very high dividends in comparison to international companies. Compared to other major stock exchanges in the world, it is only the London Stock Exchange that has a higher dividend payout ratio – the portion of a company’s earnings that is paid out in dividend rather than retained in the company. 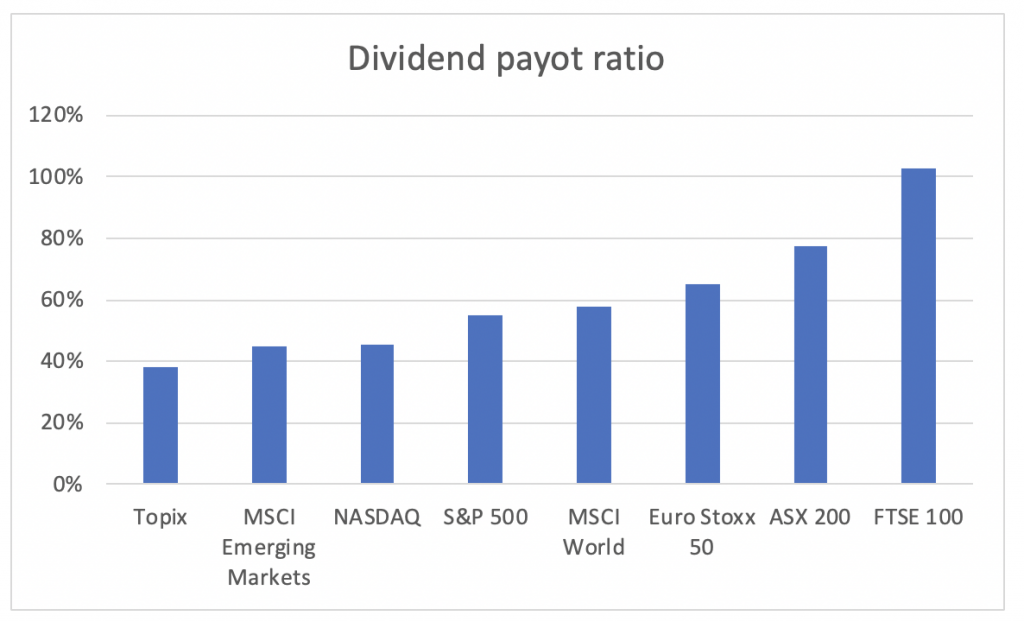 This has resulted in the Australian stock market having the second highest dividend yield of the major markets: 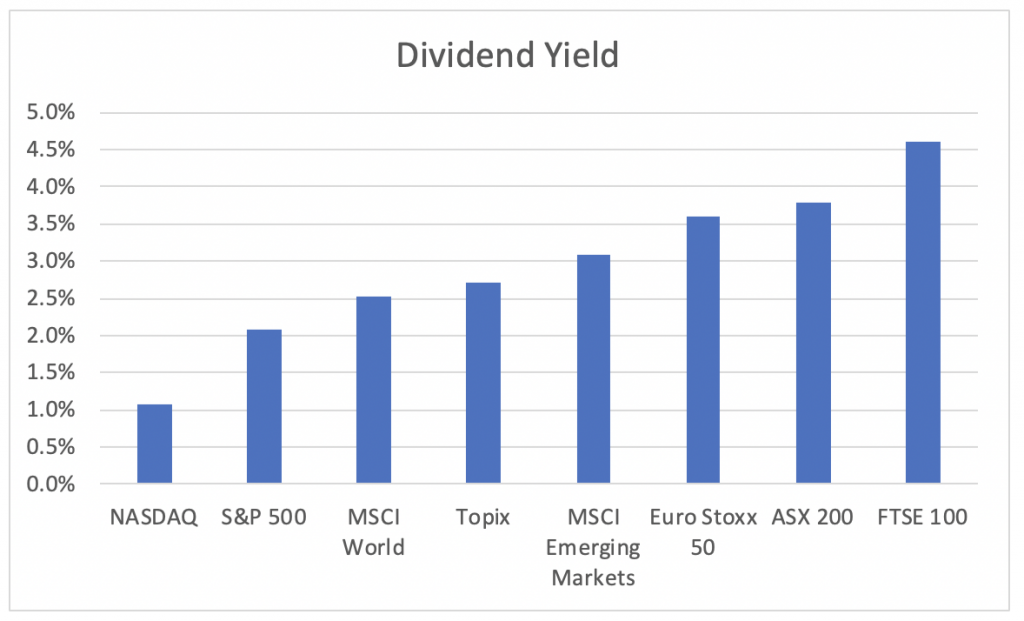 The reasons behind the high dividend payout ratios are Australia’s almost unique franking credit tax breaks which leads investors to favour higher dividend paying companies which are rewarded with higher share prices at the expense of companies that are reinvesting into their own business.

I personally do not think that this is a favourable outcome on a macroeconomic perspective as it starves companies of capital that they could invest and grow to create more jobs etc. I would be happy to see the franking credit system reformed with a view to encouraging Australian companies to invest more into their own business.

One other unfortunate consequence of the high payout ratio in Australia is that it can lead to the companies not saving enough for a rainy day and when tough times hit, they are forced to cut their dividends without a larger financial buffer.

To that extent, I found some interesting statistics from Bloomberg looking at which stock exchanges have year to date received the largest downgrades in dividend forecasts. Looking at this chart, it is clear that Australian investors chasing a steady yield will be worse off than investors in most other markets, as the companies listed on the ASX have on average received significantly larger downgrades in projected dividends than other stock exchanges with forecasts being cut by over 20 per cent. 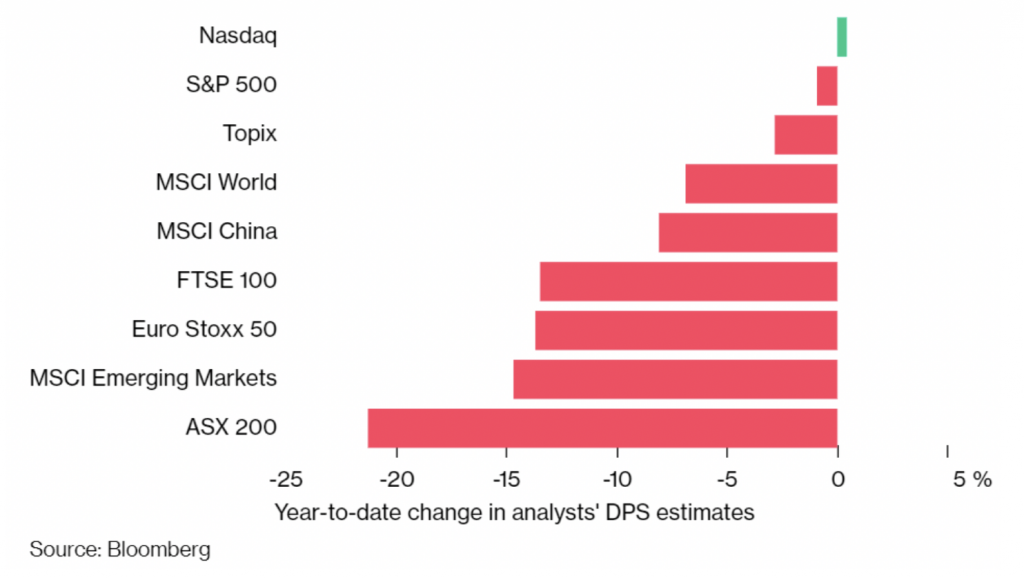 It then does not come as a surprise that Australian companies have since the Coronavirus crisis began, been issuing significantly more equity than most other markets (remember that the US stock market is about 15 times larger than Australia): 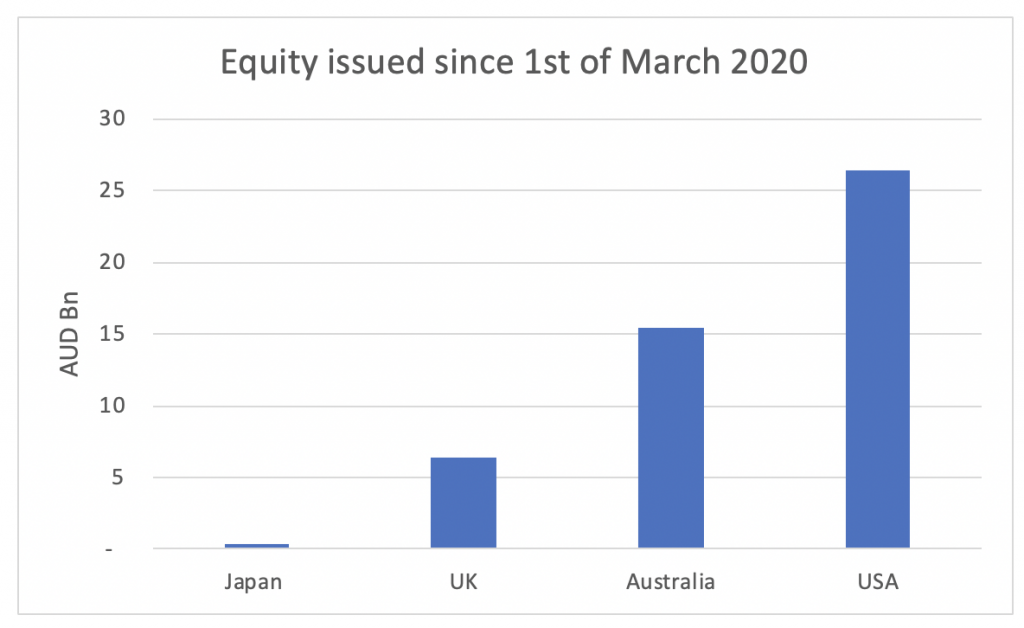 This means that Australian investors that have received high dividends in the past are now being asked to give that money back to the companies that paid them (or see their shareholding be diluted).

As I wrote in a blog post a couple of weeks ago, there is currently a push to restart the local manufacturing sector. One good first step on this journey would be to change the tax incentives for companies to encourage them to retain more capital to invest and to retain a buffer so that they do not need to ask for the money they have paid out in dividends back when something unforeseen happens.