It pays to pick the right industry

Peter Lynch, the legendary investor, once quipped that it’s best to invest in businesses that any idiot could run, because sooner or later one will. This begs the question of what drives the economic returns of businesses: is it the competitive forces of that industry or the skill of management? It’s likely a combination of both.

The following graph looks at the distribution of value creation for a range of industries. The blue bars are measuring the spread between the cash flow return on investment (CFROI) and the cost of capital for 68 global industries as defined by MSCI’s GICS system. The data was taken from a sample of 5,500 public companies. The smaller graphs focus on the value creation (or value destruction) for companies within a specific industry. 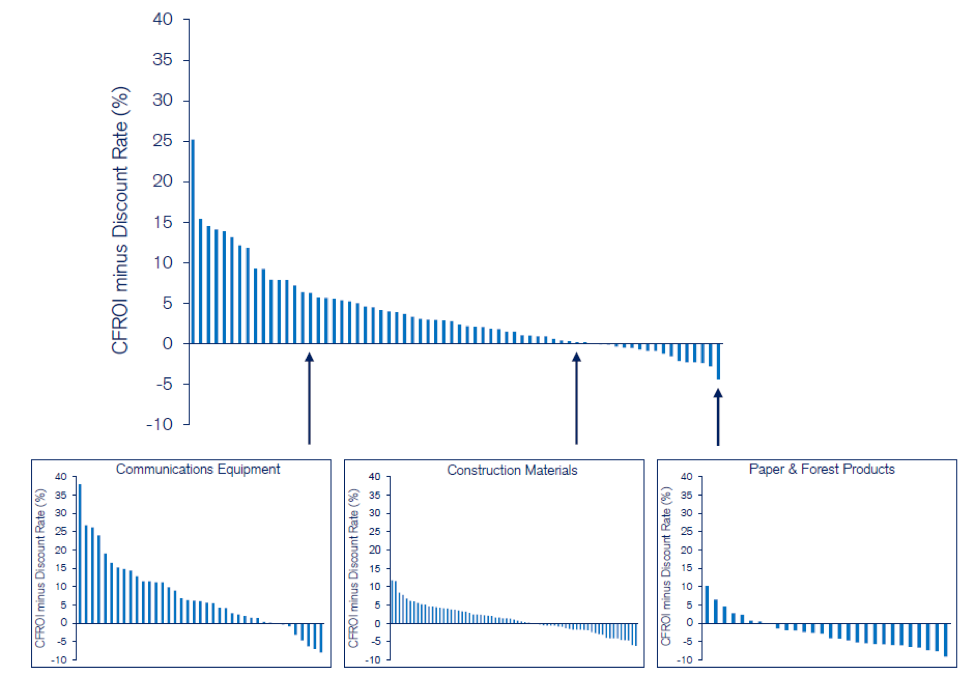 At Montaka Global we seek to find businesses that are both cheap, and able to reap an outsized share of the industry economics. It is these investments that we believe are likely to have a greater likelihood of performing well for our investors over time.