When I say longer, I mean much longer. Not just batting on from a half-century to make a tonne. I mean going beyond a double century and looking at what interest rates have done since the 18th century. See the following chart which shows the path of interest rates in the US since 1790.

Long-term US interest rates from 1790 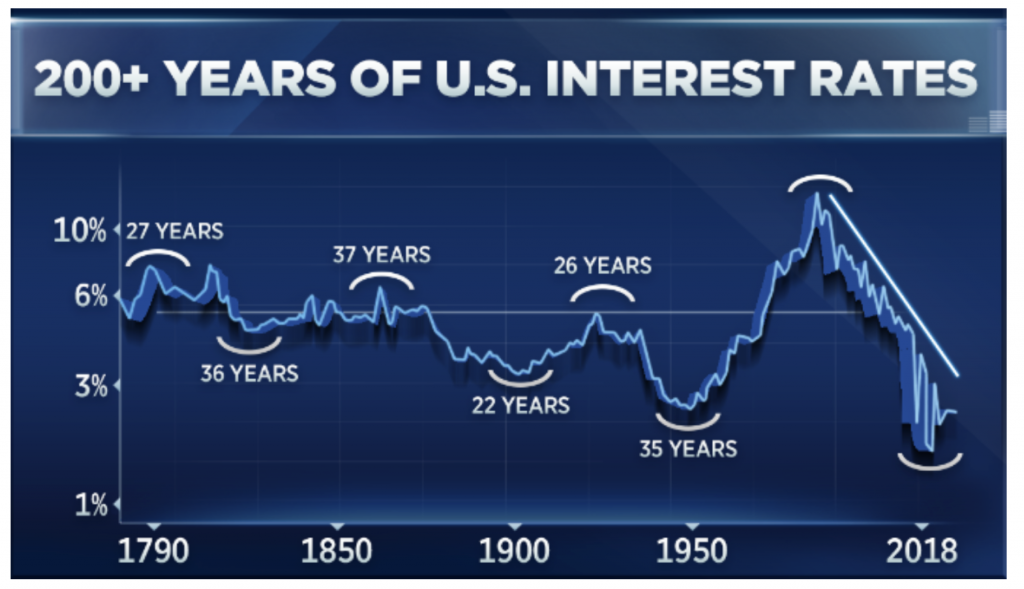 The first point of interest on the chart is that there are three distinct periods over more than 200 hundred years where interest rates have troughed to relatively low levels at the time. In each case the trough has lasted for an average of three decades. Compare this to the low rate environment that we have been in for the past 11 years. Today’s trough period is still quite young by historical standards and in this historical context it wouldn’t be strange if it persisted for another 20 years or more.

The second point of note form the chart is that long term interest rates have been in a long-term downward trend. Looking back 50 years the peak of the 1980s, when inflation and rates spiked, dominates the narrative. Zooming out, however, the 1980s appear to be a cyclical burst in a structural slide downwards for interest rates over a much longer timeframe. Viewed through a lens of low inflation (and expectations), demographic changes (as populations age, savers abound, and younger workers are scarcer), economic stability (relative to past extreme booms and busts) and technological advancement this trajectory might also make much more sense.