The majority of companies on the ASX100 and ASX200 have now reported. Many have beaten estimates. And, reassuringly, guidance is less negative than most market watchers had expected. This brings hope that FY21 may not be so bad for equity investors after all.

One pattern has emerged from this reporting season and we may have run theory to thank.  The winners have kept winning and their PE’s have continued to expand. Perhaps even more interesting is that companies that have beaten earnings estimates have generally been rewarded, while those companies that have missed estimates or guidance have not been the subject of a commensurate de-rating. 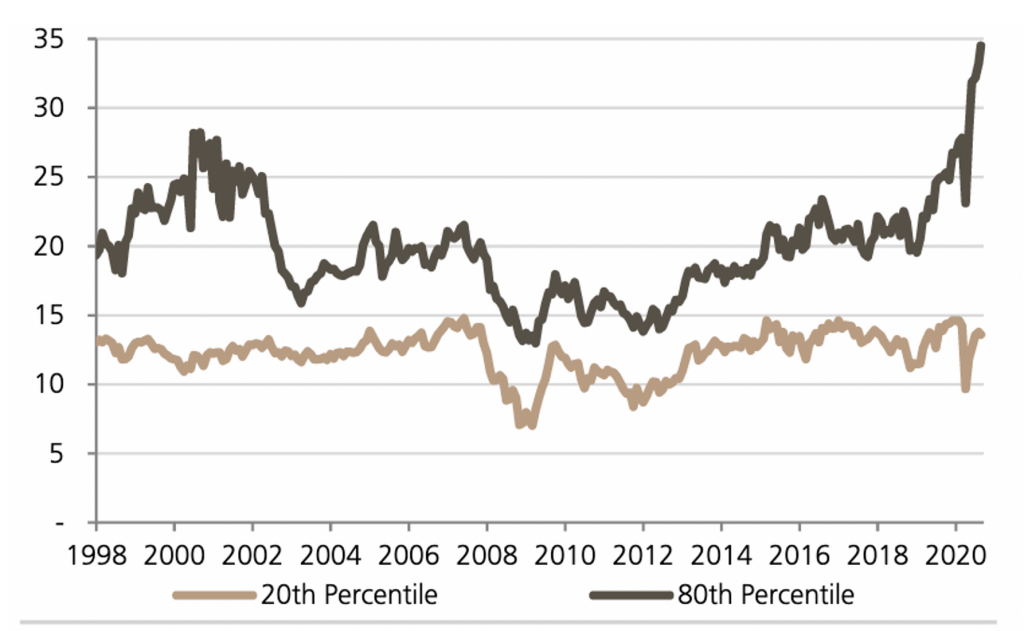 In terms of earnings outlook statements made by Industrials excluding financial companies, FY21 guidance downgrades are being punished by an average of 5.1 per cent, while share prices of those upgrading their outlook for FY21 are rising an average of five per cent. And even companies that provided no guidance have seen an average share price gain of two per cent.

Keep in mind of course that, for many domestic companies, life support has been provided by government funding packages such as JobKeeper and the Coronavirus supplement to JobSeeker.

Many domestic businesses are also currently benefitting from a redirection internally of A$42 billion annually that would normally be spent overseas by Australian travelers as well as a redirection of spending that would typically be allocated to dining out and other entertainment, either because of fears of infection or mandated restrictions. One should presume this will change in the event of a vaccine.

The 2020 reporting season has also delivered a net revenue surprise and stronger than anticipated cash flows. But according to UBS, ASX 100 consensus FY21 EPS has been revised down by 1.7 per cent since the start of reporting season, with Industrials ex-Financials down 7.1 per cent, and Financials down 2.6 per cent. Resources have bucked the trend with EPS for FY21 revised up 5.5 per cent.

Table 1 offers investors a good summary of which firms are beating and missing and on which metrics. 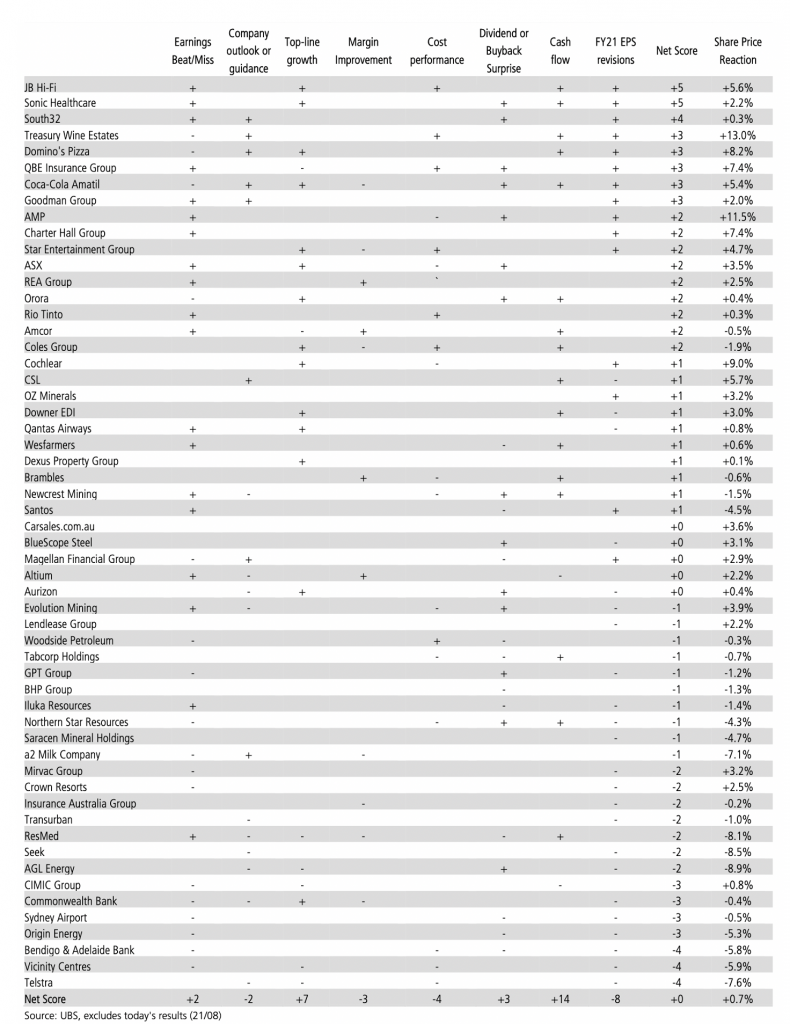