Is there more upside potential for Avita Medical?

Avita Medical (AVH:AU) is a regenerative medical device company that produces the RECELL device for the treatment of burns. It is a company I have written about previously  and whilst being a recent addition to the Montgomery fund’s portfolios, it has been one of its better performers. Given the share price appreciation in a short period of time, it’s worth reviewing the company’s operating performance and potential for further upside.

Avita’s recent share price run appears to be driven by increased enthusiasm from investors around the longer-term potential of the RECELL device, rather than current profitability levels. Avita’s September quarter update has shown some encouraging signs in terms of the initial RECELL roll-out. While a quarterly sales figure is unlikely to materially change the longer-term thesis, it is useful to monitor given the potential impact to the near-term sales trajectory, especially during the ramp-up phase of a company.

Some key points from the update include:

The company has advised the FY20 pipeline includes:

Over the past 6 months, the company has provided a number of updates in terms of the size of addressable market opportunities beyond in-patient burns, which we outlined in a previous blog post. A snapshot of this is provided from the company presentation released in August below: 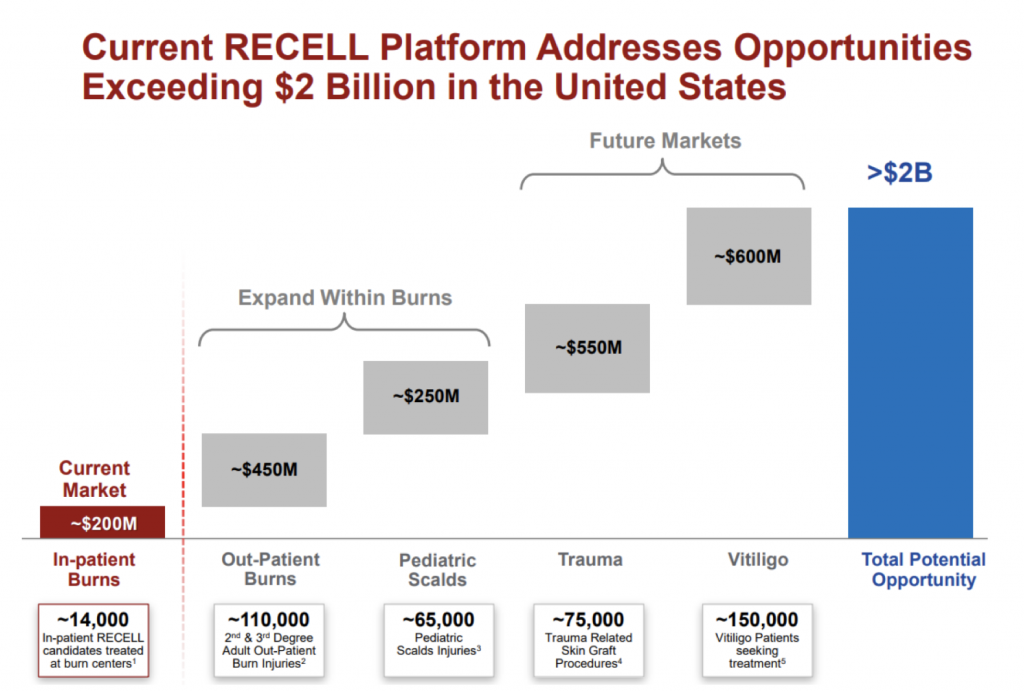 While it is still early days for RECELL as a commercialised product, we are encouraged by the progress the company is making in developing these opportunities while also providing a cost benefit to hospitals and improved outcomes for burns patients in the US. AVH remains a core holding in the The Montgomery Fund.

You can read my previous article here:  Where to for Avita Medical?

The Montgomery Fund and Montgomery [Private]  Fund own shares in Avita Medical. This article was prepared 31 October with the information we have today, and our view may change. It does not constitute formal advice or professional investment advice. If you wish to trade Avita Medical you should seek financial advice.